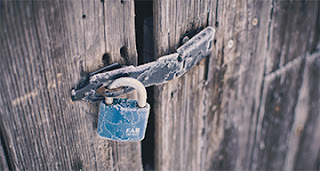 Hey diary, it’s me again. Sam. Remember? I’m on the bus headed home from school and just now have a moment to catch you up.

I hope you don’t mind, but I read it. I read all of it. I don’t know if it’s funny or scary. I don’t know if it’s fun or sad. I’m not afraid to admit I cried a little when Drucilla died. And I think it’s funny how Wartha thinks that the sun is a monster she can hunt and destroy. I take science classes at my school, you know. It’s like almost a hundred million miles away in space. No way you can hit the sun with an arrow.

I still don’t know what to think about Wartha, though. Is she a real person? Is she just a story? Her story felt real to me when I was reading it, but maybe it’s all in my head. What do I know? I’m just a kid. I mean, if I lose you again and someone else picks you up how will they even know that I’m real? To them the things I write will seem just as much a story as Wartha’s. I guess maybe I’m more realistic because I don’t ride a giant spider (rest in peace, Dru) and I don’t fight giant wolf monsters and win. Still, to anyone who reads this I would just be a bunch of words in a book and nothing more. I could be making it all up. But if I was making up a story I’d probably make it about something more interesting than my life. Maybe a time machine or a ghost or something. Maybe I’d make up a boyfriend. Or a girlfriend, who knows? I’m young. I don’t know what I want in life. Do old people know what they want? Does my mom know? My dad? I don’t see him much anymore, but I doubt he thinks about this sort of thing. My mom just wants me to be happy and do well in school and go to college. That’s what she says anyway. Oh jeez, diary. I’m babbling, huh?

Jason was actually kind of nice to me today which is weird. When I got a question wrong in science class he actually didn’t laugh for once and helped me with the right answer. So now I know the difference between meiosis and mitosis for what it’s worth. He’s still mostly a jerk in my book, but given time I might consider him to be a decent human being.

This is probably uninteresting to you, diary. I’m sorry. I bet you miss having adventures with Wartha, even if she isn’t real. Or maybe I’m not real and someone else is writing these words. How would you know? You’re just a book.

Maybe I should address the person reading this instead of the inanimate object I’m writing into. You, reader, what do you think? Am I real? Or did Wartha or whoever made her up just make me up too? You’ll probably never know for sure. I hope you don’t mind if I continue to believe in myself. It’s the only way I can make it through the day.

As a matter of fact, I should do the same for Wartha, shouldn’t I? It’s only fair. If I expect you to treat me like I’m real I should offer her the same courtesy. I know I’m real, but Wartha Gormley probably knows she’s real too.

So it’s decided then. From here on out I will assume that Wartha is a real person. Is she a girl who is pretending to be a goblin or is she a real live creature from a cave deep below the earth? I don’t know. I have lots of questions, though. If she really is a goblin, then how come she speaks and writes in English? That doesn’t make any sense, does it? Also,  how is it possible that no one has ever heard of her species. What about all the other creatures she mentions in her book? How could she be the only one from her world that’s ever entered into ours? It doesn’t make any sense. At some point in history someone would have entered that cave she came out of. Or someone would have come out of it. Or something. There would be evidence of an entire civilization beneath our feet, right?

Maybe I can find her and figure out the truth. If Wartha is a regular girl who makes up stories then it will all make sense and I can let it rest. If she’s a green-skinned goblin from beneath the world, then nothing makes sense. If she’s real does that mean that unicorns are real? Santa Claus? GOD? If Wartha is real than anything can happen and everything we know about the world might be wrong.

That’s just crazy talk. I’m sure I will figure out who wrote this story and when I meet her I’ll see that she’s just a normal person with a big imagination.

I’ll go to the stairwell again. The one with the boarded-up door below my apartment. I’ll knock on the wood. I’ll peer in with a flashlight. I hope there aren’t rats down there. Or homeless people. My mom tells me I should be nice to homeless people because they’re just folks having a rough time. I know she’s right, but that doesn’t make me any less scared of them sometimes.

Well, here I am. Mom isn’t home from work yet. I have about an hour. I’m sitting on the front stoop. It’s chilly out, but not quite winter yet. There’s one tree on my block and it’s leaves are dark brown now and falling. Any day and they’ll be completely gone. It’s pitch black down in the stairwell. This morning the sun was shining right into it like a beacon. That’s how I found you in the first place, diary. Now the sky is turning gray and I can’t see anything down there. I’m going to run in and grab a flashlight.

OK. It’s not that scary, right? The sun isn’t even down yet. Shadows are getting long, though. The sidewalk looks like a picture of a world where streetlights and mailboxes are stretched out like silly putty.

I’m going to walk to the bottom of the stairs.

Oh jeez. Oh man. I did it and I heard something.

I knocked and I shouted, “Wartha! Are you in there? I have your book!”

I did it three times. On the third time I heard someone move.

“Are you ok in there?” I asked. In my mind I was thinking, “Please don’t be a creepy man. PLEASE.”

Then I heard a thin dry whisper.

She’s in there. Wartha’s in there. I’m going to talk to her now and try to convince her to come out.